May 24, 2021 markwalllabour@gmail.com No Comments Uncategorized 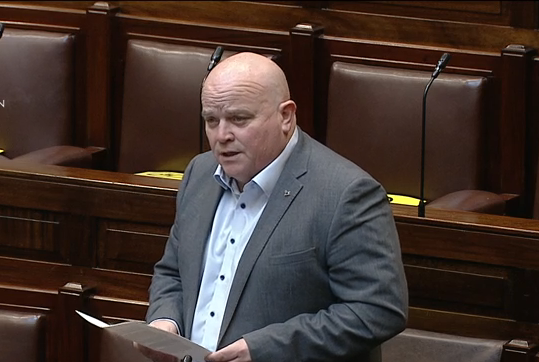 New law from Ivana Bacik bill debated in the Seanad on Monday evening.

Legislation would provide up to 10 days leave for fertility treatments like IVF.

Bill would represent real change for workers in Kildare.

A new law brought forward by Senator Ivana Bacik which would provide leave for women who experience early miscarriage or those undergoing fertility treatments such as IVF came one step closer on Monday when it was debated in the Seanad.

Labour Senator Wall has said this is long overdue, and urged local Government representatives to support the legislation which would mark a step forward towards more compassionate workplaces.

“Sadly, we know that one in every five pregnancies ends in miscarriage. Thanks to science, IVF is now available to women and men who need help to conceive. However, inflexible workplaces have not adapted to the modern realities of reproductive health and life. For far too long, women have had to remain silent in their workplaces about the grief of early miscarriage; or have had to use their annual leave in order to attend appointments for IVF treatments.

“This Bill seeks to provide women – and men – with support in the workplace, where they are struggling with fertility or other reproductive health issues. If enacted, Labour’s Bill would provide an entitlement to reproductive leave of up to 20 days for women who suffer an early miscarriage, and up to 10 days leave for employees to receive treatments like IVF. It’s a measure that would advance women’s employment rights, and address the structural gender equality issues in the workplace.

“Many women – and men – are familiar with the devastation that results when a greatly desired or long-awaited pregnancy results in an early miscarriage, but women have to take annual leave to recover from the heartache and the physical effects of this experience. Many women and men have invested time, money, hopes and dreams in IVF treatment, while taking unpaid leave for extensive medical appointments and related treatments. Traditionally these experiences are never shared in the workplace and thus they remain hidden; reproductive health is not perceived as an appropriate topic for watercooler chat.

“Earlier this year, the Labour Party of New Zealand passed legislation to provide for leave for employees who have suffered a miscarriage or stillbirth. Here in Ireland, there is immense public support for a similar measure. Aside from the practical supports for employees that our Bill would provide, it would also mark another step towards opening up conversations around reproductive health in Ireland. Information campaigns about the introduction of this new leave entitlement would challenge the culture of silence around reproductive health and encourage greater public awareness about this hidden issue.