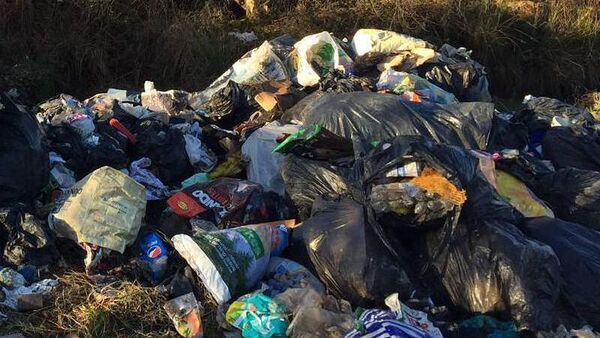 With pictures flooding social media that the good weather has led to a dramatic increase in littering, Labour Senator Mark Wall has highlighted the urgent need to progress the Labour Local Government (Use of CCTV in Prosecution of Offences) Bill 2021 and urged people to responsibly dispose of their rubbish whilst out and about.

“The lovely weather usually cheers everyone up but local communities will be devastated by the volume of rubbish sun worshippers have left behind in public parks and streets throughout the country. It’s really disappointing to see pictures on social media of places covered with litter. Put simply, it is environmental vandalism.

“It shows a huge lack of respect for the many community leaders and Tidy Town volunteers throughout the country who this morning were out picking up after these litter bugs. I would urge everyone to pick up their litter and leave the environment as they found it when enjoying public spaces. People must take pride in the spaces and remember to pack up after they’ve enjoyed the outdoors.

“This is another symptom of the culture of illegal dumping in the country that is out of control. Illegal dumping is rampant throughout our beautiful countryside, the main streets of our cities, the main roads through our towns, as well as every secondary road and laneway in our country.

“That’s why I introduced a Bill last month would allow the use of CCTV by our local authorities to facilitate the prevention, investigation, detection and prosecution of an offence of illegal dumping. There can be no doubt that CCTV can be and is one of the most effective tools in the fight against the blight of illegal dumping. The figures involved in the clean-up of this vandalism are mind blowing. Local authorities in Kildare, Meath and South Dublin alone are spending an average of €3 million a year on clean ups. If this is replicated throughout our 31 local authorities, then were are wasting on average €90 million per year on clean ups.

“The images of widespread littering this morning highlight that there may be a need for regulations to protect our localities and encourage people to act responsible when it comes to littering. As we all look forward to a summer outdoors, we must never wake up to another morning of appalling images of littering. We need to take pride and show respect to our localities.”