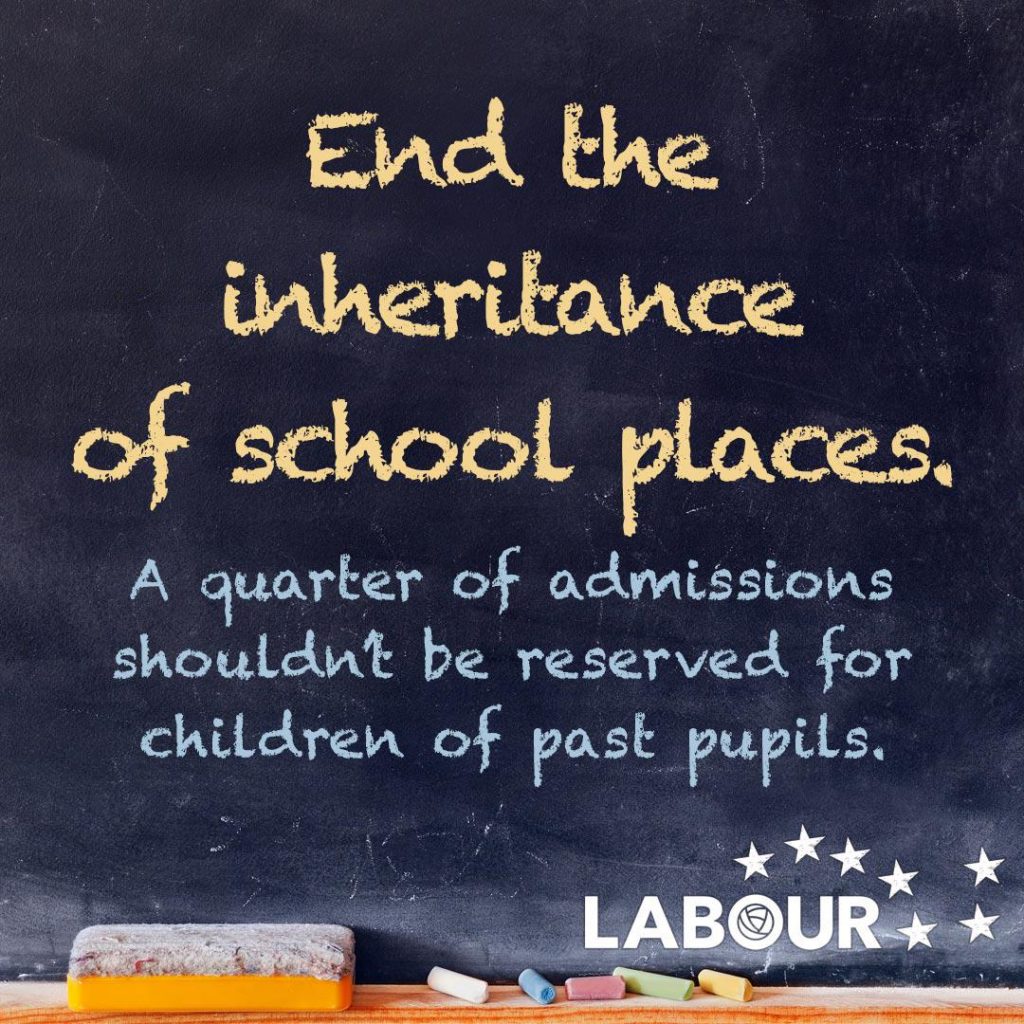 Senator Mark Wall has joined the campaign in support of the bill to end the inheritance of school places, and provide equal access for all children to our schools, saying that the effort by FF, FG and Green Party to delay it passing for a year was a cop out.

The Dáil on Thursday debated Labour’s Education (Admission to Schools Bill) 2020 that would remove the provision, put in place by Fine Gael, where 25% of school places are reserved for children and grandchildren of past pupils.

Senator Wall said:
“This Bill seeks to remove an element of elitism that Fine Gael and Fianna Fáil colluded to include in the Admissions to School Bill during the previous Government. The provision to reserve 25% of school places for the children or grandchildren of past pupils is exclusionary and elitist and was including solely at the behest of certain influential fee-paying schools.

“In a republic it should not matter who your parents or grandparents are. We can stamp out elitism in school admissions and end the inheritance of school places. Instead of dealing with the issue now the government parties want to delay this for at least another year.

“Labour tried to remove this provision when the law was first being passed but it was blocked. This new Bill seeks to eliminate that provision within the Education (Admission to Schools) Act 2018 and to ensure that when students or families present themselves to a second level school or to any school in this country, they can do so on the same basis.

“It should not matter who your parents or grandparents are because in a republic we are supposed to cherish all of the children of the nation equally. I will be seeking support across the house for this Bill and I hope that the Government will acknowledge that this provision is an error within the Education Act 2018 and that it should be amended and removed.

“We cannot allow a situation to continue whereby some children are cherished more than others which is what has happened by allowing a quarter of an intake of any particular school to be reserved, if the school so wishes, for the children and grandchildren of past pupils.