Continuing problem of illegal dumping in this country 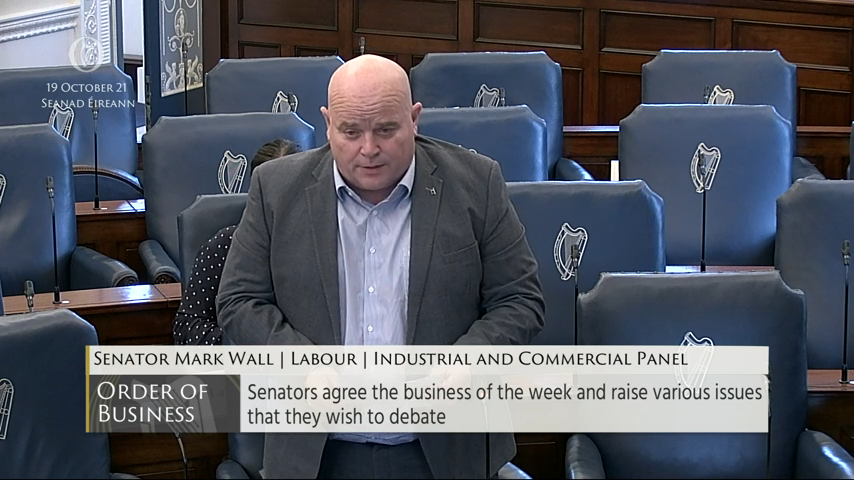 In March this year, with the support of the House, we passed Second Stage of the Local Government (Use of CCTV in the Prosecution of Offences) Bill. In his reply to the debate, the Minister of State, Deputy Peter Burke, welcomed the Bill and stated that the Government was working on Ireland’s waste action plan for the circular economy, originally published in September 2020, which commits the Government to implementing a range of measures including tackling the problem of illegal dumping. On the specific advice received from the Data Protection Commissioner regarding the Bill, which I hope the Bill will address, the Minister of State said that was currently under consideration by the Department of the Environment, Climate and Communications. He also stated that, for its part, the Government was in contact with the County and City Management Association, CCMA, on practical issues raised by the Data Protection Commissioner and those which our Bill also raised.

Unfortunately, as I am sure many Members of the House are aware, illegal dumping is as bad as ever. My local authority, Kildare County Council, recently ran a one-day amnesty on mattresses and couches. In one day alone, it collected 75 tonnes of couches and mattresses at an estimated cost of €50,000. I continue to receive calls on a weekly – sometimes daily – basis about this issue. There is no doubt that we need solutions and the use of CCTV will help. We estimated at the time of the debate on the Bill that €90 million is being spent nationally on the clean-up of illegal dumping. As I said before, we can imagine the number of community projects we could complete with this money. I want to thank once again all of the Tidy Towns and community groups that do so much to combat this problem. They are to be congratulated. I would appreciate if the Leader could organise a debate on the circular economy Bill with the Minister for the Environment, Climate and Communications so that we can discuss, and finally come up with some solutions to, this massive problem for our State.