We must concentrate homebuilding through our local authorities and once again to build council houses. Affordable Housing Bill 2021: Second Stage

May 25, 2021 markwalllabour@gmail.com No Comments Uncategorized

I welcome the Minister to the House and thank all my colleagues for this very important debate on housing and its supply, which I welcome. There is no doubt in my mind that we are in the middle of the biggest housing crisis ever to hit this State. Like many in this House, I am sure, my phone is full of messages, phone calls and emails from those who are struggling to get the basic human right of a roof over their heads. It is full of communications from young people setting out on their life’s journey but who cannot get to even the first step on the property ladder. It is full of communications from single people and older people who cannot get that one-bedroom home that might be affordable to them because such properties are, as recently described to me in conversation by a local council official, like gold dust.

Into this situation we place the Affordable Housing Bill 2021 and the efforts of the Government to help those contacting me on my phone and, I am sure, as I said, on the message minders of all public representatives’ phones. The question I have for the Minister is why we are about to embark once again on relying in the main on the market to build homes. Why are we turning to approved housing bodies and private investors to build and provide the homes that are needed? I see, unfortunately, no real effort in this Bill to concentrate homebuilding through our local authorities and once again to build council houses. In my county, Kildare, we have seen over recent weeks what happens when private forces are allowed to control the market. One gets the birds of prey circling and outbidding the local authority in its desperate attempts to reduce the waiting lists and to provide for, in the case of County Kildare, the more than 6,500 people on the housing list. I want to see a genuine attempt to restart the housebuilding sections of local authorities that were allowed to be wound down but I do not see it here. I do not see any attempt to address the famous and indeed infamous four-stage process of building local authority homes that over recent years has frustrated and delayed county councils and their members to the point that many have now simply accepted the delays that such red tape brings and, in the opinion of many, have simply given up. This is the frustration I get back when I speak to so many local authority members throughout the State. I am sure this has been raised with the Minister. Realistically, how long should a stage 1 process take? In one case I am aware of I have been hearing this for almost four years. Where is the political will to cut this red tape and build local authority houses once again? 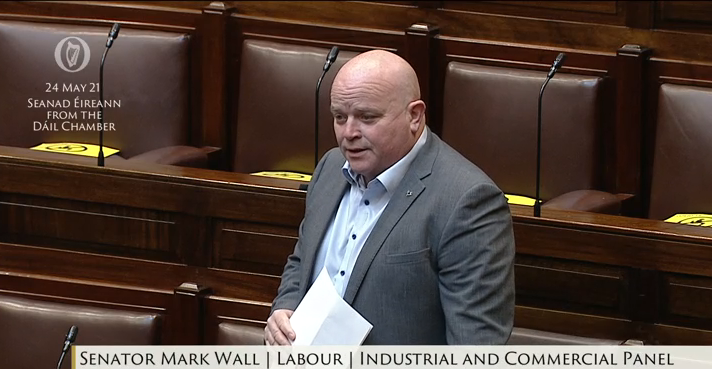 I also wish to raise with the Minister the urgent need to include and involve other agencies in this process and this crisis. This was raised with him in the last debate here on this Bill. I am aware of local authority land in many locations in my county where there are deficits in infrastructure. There is publicly owned land in Nurney, County Kildare, which is sitting idle in an area where there is urgent need for social and affordable housing. The lack of water services in the area will prevent this piece of land from ever being developed unless we involve other agencies. The Government must involve agencies such as Irish Water in this crisis more. It must prioritise infrastructural deficits such as those in Nurney in order to tackle this crisis head-on. It must recognise that many other towns and villages have infrastructural deficits that will prevent houses being built in areas where these houses are needed most.

One of the biggest issues when it comes to housing is the ongoing inability of those working on low incomes to afford their own homes. I have dealt with so many families and individuals who were only a couple of hundred euro above the social housing income limit and were told time and again that housing officials have no discretion in this and that they only implement the limits set out by the Government. There is an urgent need for an affordable housing scheme that will assist those taking home the incomes I have just described. The Bill before us does not, in my opinion, define “affordable” and, as such, will not assist these young families and individuals at their hour of need. As has been said, we all hope this is not the case. The Bill could have been different. It could have presented a definition that could provide hope and, more importantly, direction to our local authorities to assist those in this category. We are already hearing about differing prices in different areas. I am worried that those who are working and whose incomes are outside the social housing limits in my county will once again be left behind.

I will finish by going back to the red tape I mentioned earlier. I note and welcome the recent announcement by the Minister’s Department on the upgrade of voids and getting them back into the social housing stock. If we are genuinely serious about this crisis, then addressing the red tape and, more importantly, the length of time such voids take to return to the social housing stock and to become family homes must be addressed. I know we are still in the midst of a pandemic, but in some cases in my area this work is taking years, and that is a crisis that is simply not good enough. Housing is a huge issue for us all and we all want to see it working. I look forward to further debate on the Bill as it goes through this House.