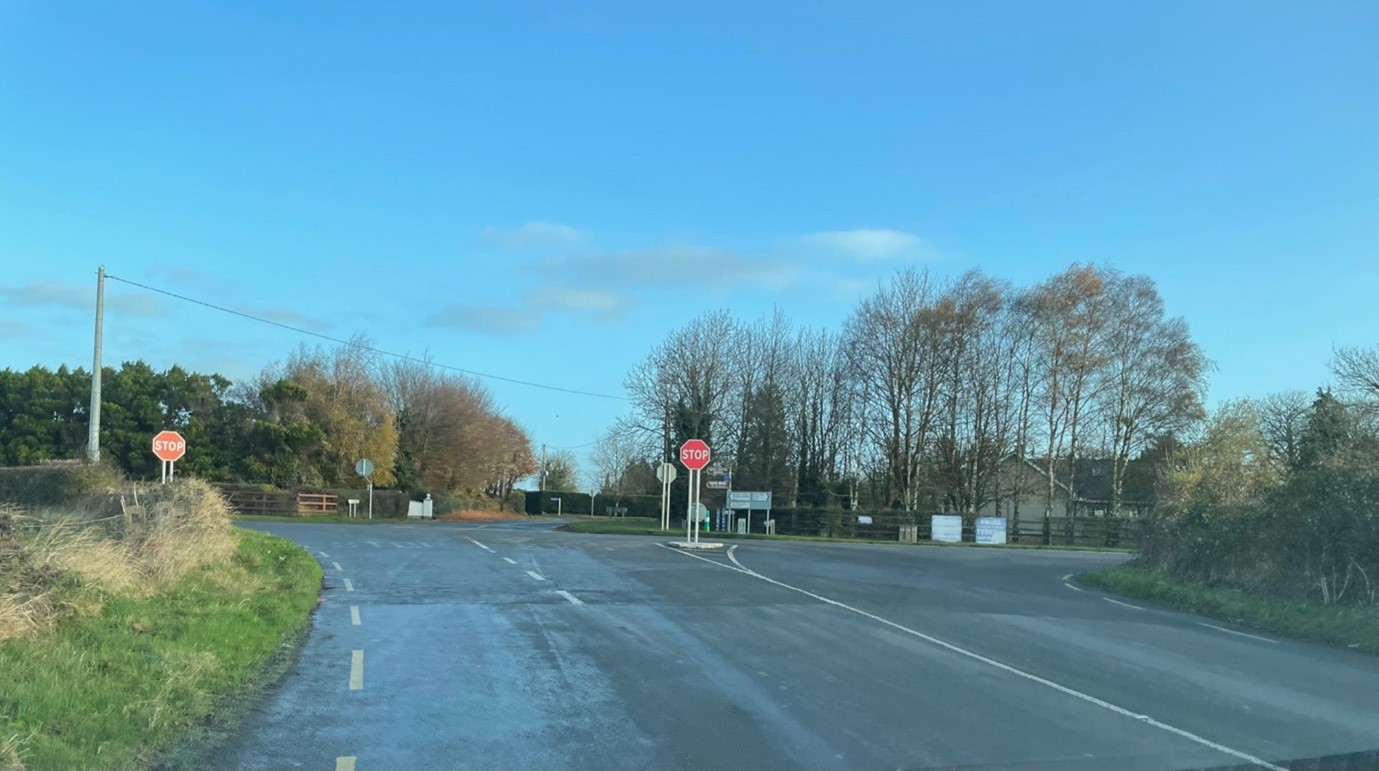 Senator Mark Wall has called on Kildare County Council to carry out a full safety audit on Bert cross junction outside Athy following a further accident and several near misses at the junction.

Speaking at a recent meeting with the Council and members of the Oireachtas where he raised the issue, Senator Wall described the junction as one of the most dangerous in the county. He called for a safety audit on the junction without delay notwithstanding the additional signage that the council had placed there.

Senator Wall concluded “I have been contacted by many people who have witnessed near misses at the junction or who unfortunately have witnessed accidents here. The width of the junction on both sides means that at any one time there can be 5 cars waiting for access onto the main road and dealing with on- coming traffic.

I have met with Officials of the Council at the junction and following previous representations, additional signage was placed there. However, this signage although welcome, has not stopped the problems and nobody wants to see a more serious incident here.

My colleague Cllr Aoife Breslin has submitted a motion to the next area meeting on this matter and I have raised it once again this week with all the roads officials in the council. Locals and road users have spoken of the need for a roundabout at the junction, but whatever is decided we need a safety audit carried out immediately and then an urgent plan to address the problem.

Along with my colleagues in the Labour Party, Cllrs Breslin and Leigh, I will continue to raise this important matter at every opportunity.